I had stayed the previous evening with Arthur II and his friends in central Ottawa, and now we set off for a gander at the tourist sights. Here he is marching alongside the soldiers in their red tunics and bearskins, just like the Queen’s own Grenadier Guards. Canada was still a colony in 1976, only gaining full independence from the United Kingdom in 1982. And today let us not forget Canada is a constitutional monarchy and our good Queen Elizabeth is also the Queen of Canada with Prince Charles as heir apparent. Just as in the UK the Changing of the Guard takes place on a daily basis, so those soldiers are still marching. It is a strange world we live in, the convolutions of history closer than we think. 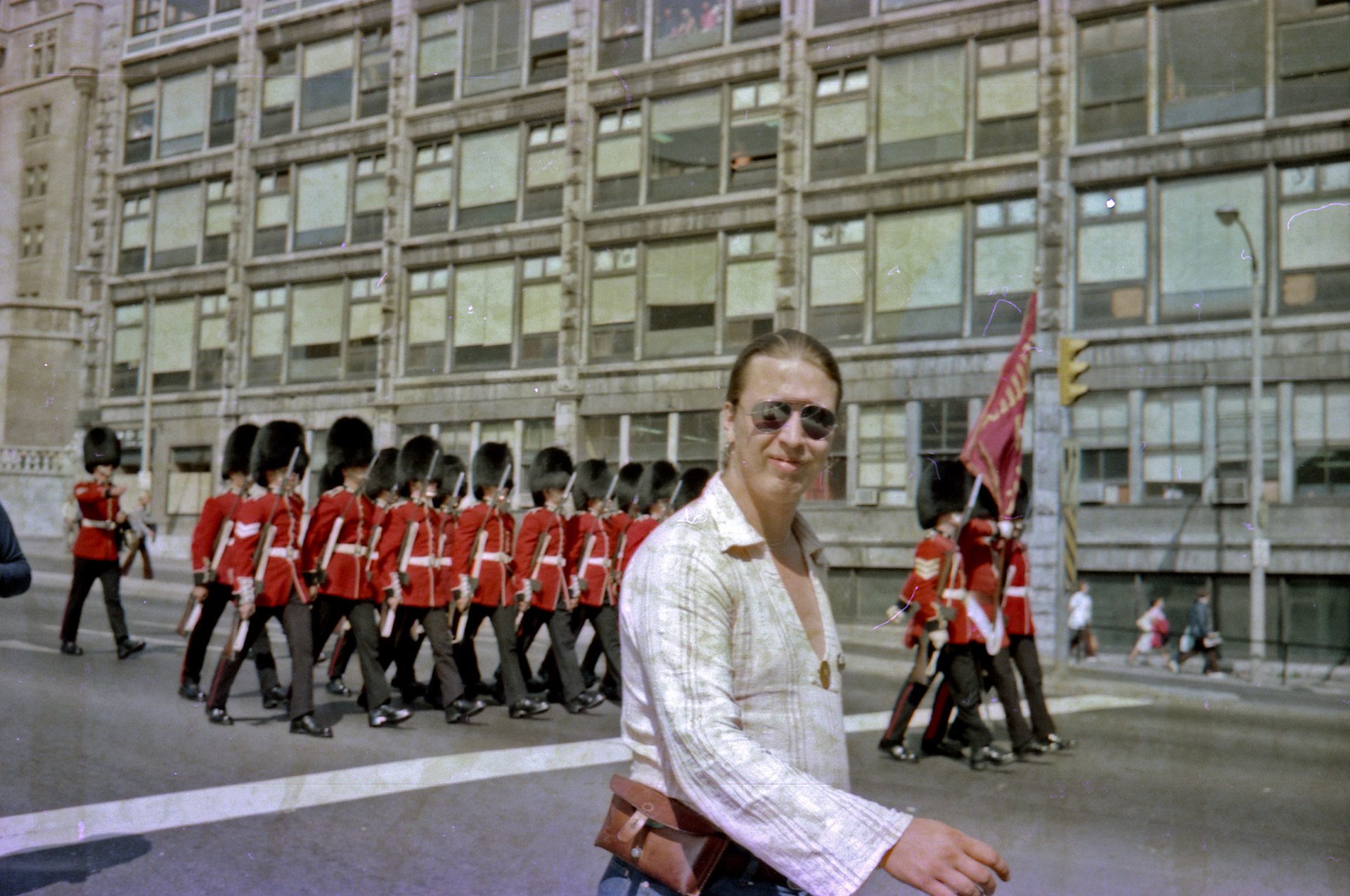 The similarities with the UK were reinforced as we enjoyed the free tour of the Centre Block of Parliament, the impressively Victorian library and the Peace (aka clock) Tower. It all seemed so British with a huge white marble statue of Queen Victoria dominating the Library, while the Parliament was like a grander and cleaner, less decrepit version of our own,  though there was no woolsack to lounge around on. Nevertheless it lacked the atmosphere that a long and turbulent history provides. The view from the Peace Tower was a  disappointment due to bad weather and dirty windows, but I was pleased to be allowed up there to see the city. We continued with a visit to the Museum of Man, which was the first truly ethnographic museum I had visited and found it both interesting and impressive. It has now moved and is called the Canadian Museum of History. 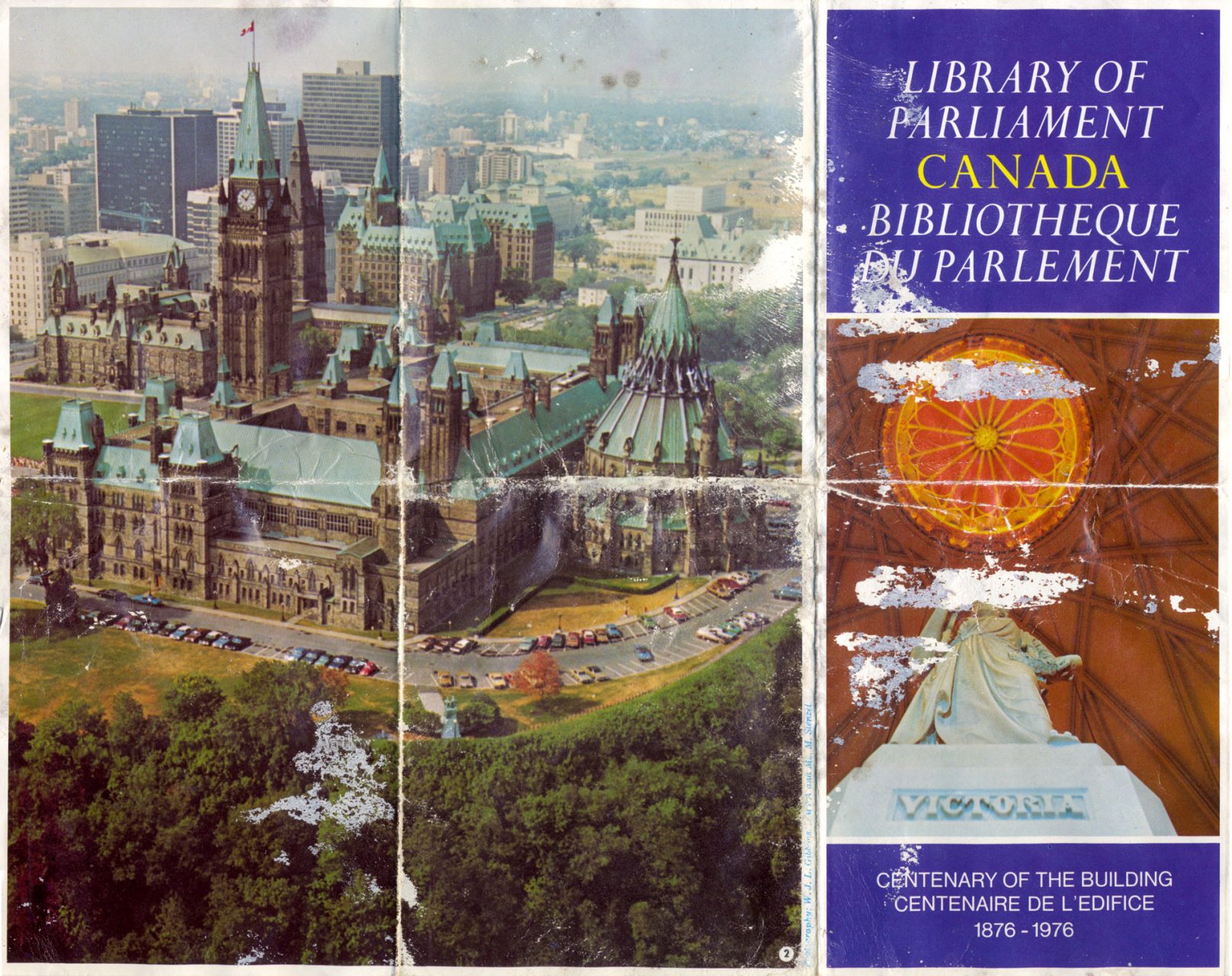 As a European I found Canada to be a much more relaxing place than the States. It seemed culturally more at ease with itself, there was less in your face advertising, fewer billboards and less aggrandisement. The stark divisions between rich and poor were less evident and Canada did not have the dark legacy of slavery and racial division to contend with. There was a quietude about the people which instilled an old school confidence, they lived in a rougher and wilder place which did not want to be part of the rat race, and the country had a sense of stability, being one of the oldest surviving monarchies. We should remember though that at 36 million it now has a lower population than the State of California, despite being a larger country than the whole of the United States; with all that space they can afford to be relaxed. That Canada still had some unresolved issues of its own would become evident when I visited Quebec.

A quieter evening chez Arthur as I prepared for my departure the following day, but I did watch the 1971 movie Klute, a noir thriller about a call girl. The film stars Donald Sutherland as Klute and Jane Fonda, who deservedly won an Oscar for her intense and personal performance as Bree Daniels. All her insecurities are there on screen, her strength hiding suicidal urges, her sexual dealings brutally honest and still self-contained, both vulnerable and hard she lights up the screen and we want to protect her, love her, just as Klute does. And those beautiful lips look great in close-up. 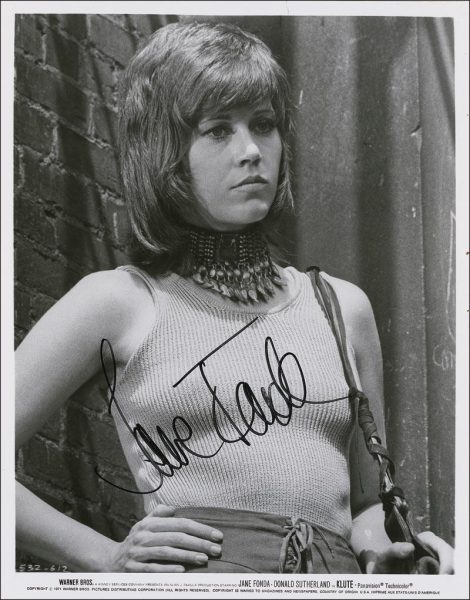 I had been warmly welcomed and well looked after by my Canadian hosts, it had been a pleasure to mix in their artistic milieu, and I learnt a few lessons about the busy life of the artist. Arthur was keeping several plates spinning, as artist, entrepreneur, manager and facilitator, and he applied himself with true vigour to the varied tasks before him. To survive as an artist, you must always keep developing and moving, stretching out tendrils in hope of vindication. 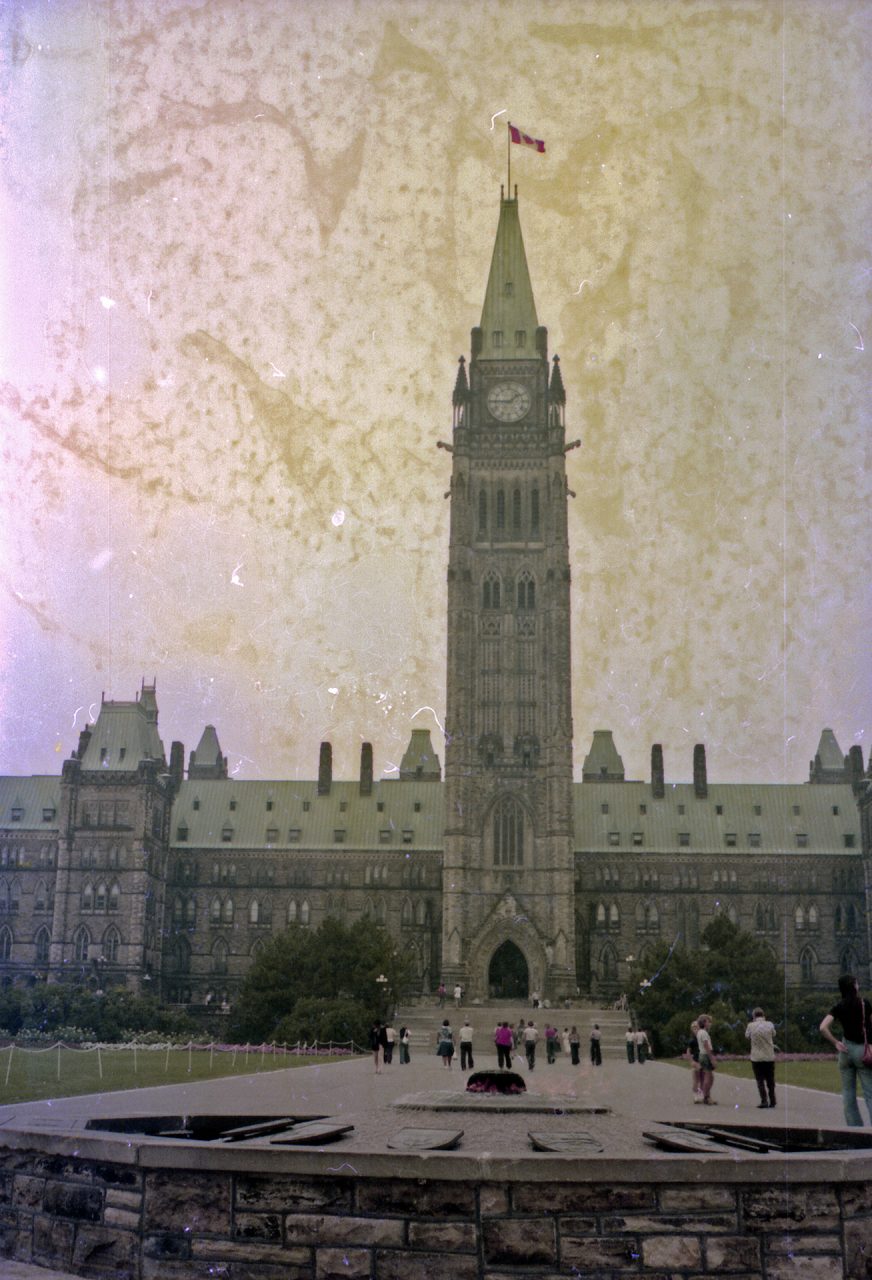