It’s midnight in Anaheim, California and I am on the wrong side of a big city feeling exhilarated but a bit chilly. I get to a cavernous bus station with no buses but quite a few random panhandlers. As I wander aimlessly around looking for bus information I start to feel like the stranger in town and the panhandlers start to look like plain old thugs. I am standing at 1 of 30 bus stops, the only person actually waiting for a bus, as if spotlit like a white lemon. Not wise to ask these skulking guys for info, in fact not wise to be here at all. I head out round the corner to find another bus stop, don’t even know which direction to head and the defaced timetables are incomprehensible, listing places which could be anywhere. Seemed to have missed the last bus, always a bad feeling. So starts a night of ridiculous and dangerous hitchhiking.

After some time I did get lift out of this forlorn dark street, explaining I had missed the last bus, and arrived in downtown LA which was still buzzing since this was a Saturday. My next lift turned out to be a bit more challenging.

Drop the front
Are you really English?
What are you into?
How much for a blow?
How do you like it?
Where shall we go?
Need some stuff?
Been waiting for me long?
Good pickup place, yeah?
Come on, how much?
RU gonna fuck me?
I love English guys…

I was picked up in the other sense. I was a gay male prostitute touting for business in the gayest part of town, like hitching in Old Compton Street and the hitching is just a come on. My front, the fancy story, was just there to tickle the punter and up the price. Of course I wasn’t English, hadn’t been to Disneyland and was not a hitchhiker, just a Joe on the make. He liked me and the story, but enough was enough. No one could be so stupid as to be actually hitchhiking at 1 in the morning in LA’s most popular cruising area. Despite everything I said he didn’t believe me, my story was way too ridiculous. Tensions rose, I was stringing him along. I’m thinking I have made a big mistake, this could end badly. Finally I pulled out my Mickey Mouse T-Shirt to back up my story and he exploded into disgruntled guffaws. I still don’t know if he believed me but he dropped me off. He hadn’t intended to pick up a real hitchhiker. I had only just got away by being one. 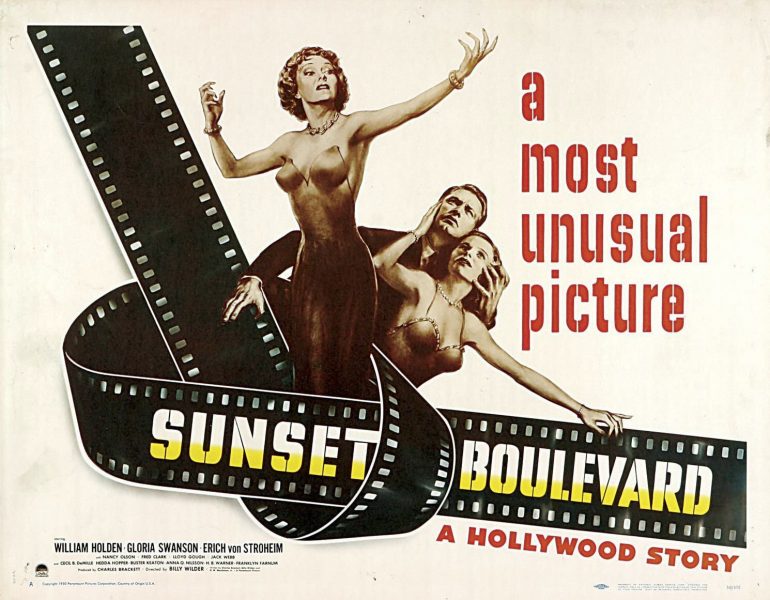 Still didn’t know where I was and it was too late to be careful. I was just heading to Sunset Boulevard, that’s all I could say, hoping that this evening wouldn’t end the way the 50s movie does. One of my lifts that night even resembled Norma Desmond, a blousy woman who offered to put me up for the night. I was so exhausted I was tempted, but given the earlier confrontation wisely declined her offer, laden as it was with sexual baggage. Offers came flying in, I got out early. From now on I would say I was expected on Sunset Boulevard, yes imagine that people are waiting for me. A lift from a cool musician seemed to take me off course, it couldn’t be that far, could it? Then a military man, he peered at me with hooded eyes, we couldn’t make each other out, I wondered why he was giving me a lift, but I was past caring. He took pity on me and drove out of his way to Sunset.

When I awoke the previous night seemed like a bad dream, which fortunately hadn’t turned into a nightmare. I had been foolish, some risks weren’t worth taking, what had I been thinking? And there I was in a comfy bed, birds twittering, sunshine pouring through the trees, coffee ready in the kitchen. I had been lucky, but luck only goes so far.

It was a relaxing final day in LA. Mr. West took me to a screening of The Great Waldo Pepper, about stunt flying in the 20s, a welcome piece of escapist Hollywood film making. He had a bit part in some crowd scenes, I couldn’t recognise him, but pretended I did. Then I had another bit of luck, Mr. West had a spare ticket to see James Taylor at the Universal Amphitheatre that evening, would I like to go? Most certainly I would, his single Fire and Rain was one of the first I ever bought and I knew every word. (I had a deprived childhood since we only got a record player in 1970.)

On the way to the concert a bit of banter stuck in my mind and was noted elsewhere in the diary.

The Three Great Lies of LA
1. The cheque is in the post
2. I was just about to call you
3. I promise not to come in your mouth

On to the magnificent Amphitheatre, a Greek-style open air theatre in a natural bowl up in the Hollywood Hills, with 5,200 seats. It has now been demolished, to make way for Harry Potter. This was a fabulous venue for James Taylor and he played there many times. In the balmy and relaxed atmosphere of an indigo evening he was at his best, slowly building his set, including Fire and Rain, accompanied by the cream of west coast musicians:
Danny Kortchmar – electric guitar
Russel Kunkel – drums
Leland Sklar – bass
Clarence McDonald – keyboards
David Sanborn – tenor sax
The first 3 guys played on nearly every Californian singer/songwriter album of note including with Carole King, Joni Mitchell and Jackson Browne, while David Sanborn went on to become a major jazz bandleader with 2 dozen albums to his name.

Couldn’t ask for more on my last night in LA. Thank you, Mr.West.