A day walking around downtown San Francisco with Doug and friends. A relaxed and funky feel in the streets, while the atmosphere changes every few blocks as you walk into a different district. Due to the hills the vista is always dynamic,  with occasional glimpses of the sea and the buildings cleverly combine old and new like an architectural gazetteer. Of course there are no buildings older than 1906 here, the year of the great earthquake followed by a four day fire, which razed the old city to the ground. Perhaps that explains the urbane spacious modernity.

The other remarkable phenomenon in San Francisco is the weather system which causes fog to roll in and cover the city even in summer. The city is surrounded by water on 3 sides and the cool water from the Northwest Pacific flows in to meet warm air from the inland Central Valley which causes low lying cloud and fog. This is a nearly daily occurrence, with the fog entering into San Francisco Bay through the narrow channel of the Golden Gate Bridge. At one moment you are on the Mediterranean basking in clear sunshine, the next you might as well be in west Ireland with its brief daily rainstorms. At nearly any time there is a huge bank of cloud lying out to sea and in the late afternoon it often rolls into the Bay, giving the city a dynamic and refreshing change of atmosphere. Just watching the fog roll in and eradicate first the sea and then the city makes you feel like you are on top of a mountain intimidated by the grandeur, as nature unfolds its will beneath you. 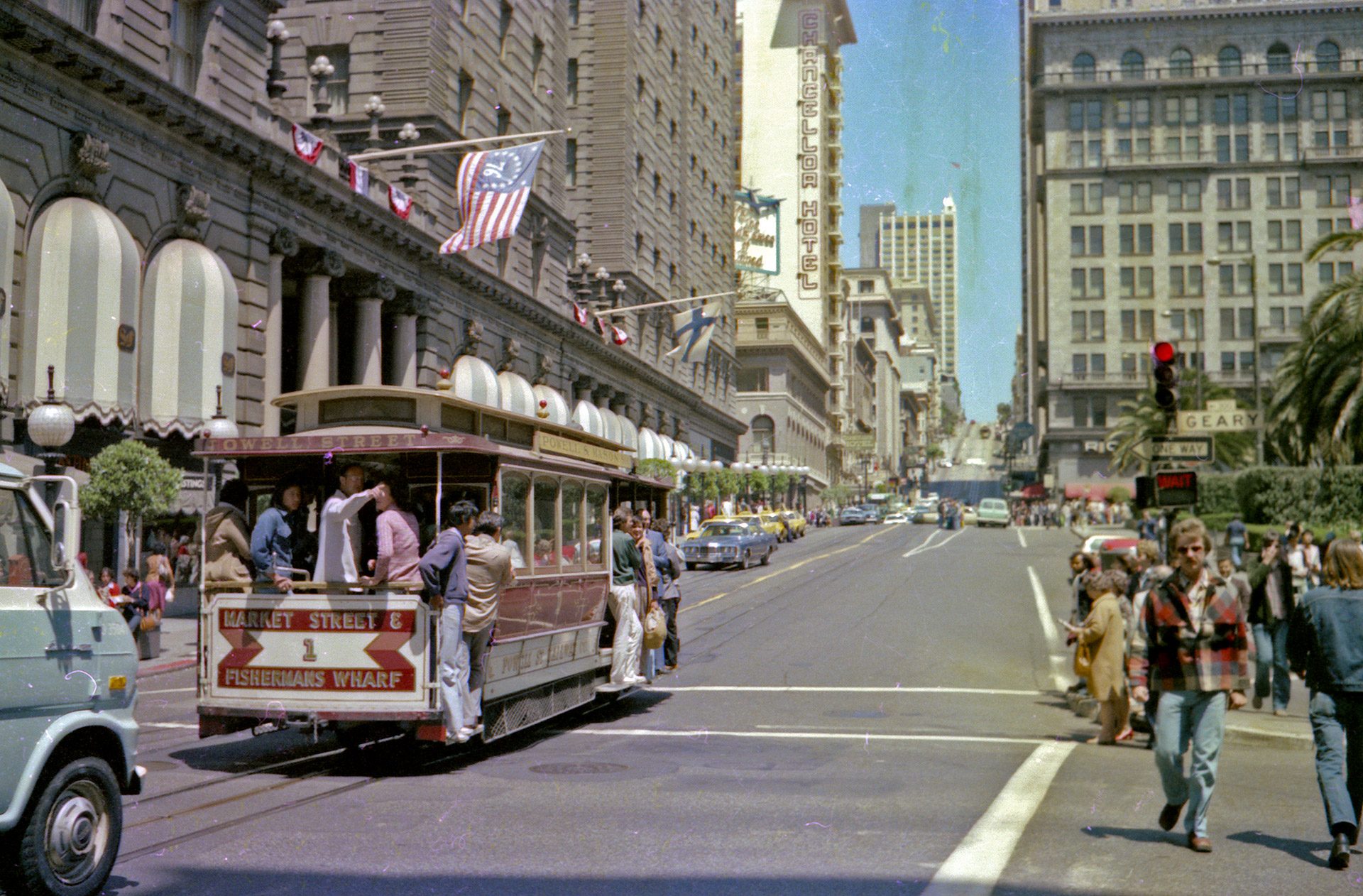 From the photograph, taken at the junction of Geary and Powell Street by Union Square, you can see the relaxed ambience as well as the celebrated cable car. We walked further up the street and went into the International Museum of Erotic Art, founded by Drs. Phyllis and Eberhard Kronhausen, who were famous promoters and collectors of erotica. While not without interest I wasn’t that impressed since they seemed rather too proud of their taboo-breaking show. I had just spent a year in France where there was basically no censorship at all, so I had seen it all before. My mood was not helped by having to pay a $2.50 entrance fee. We continued to Chinatown, bustling with activity and smaller shops, but not enough secret dark old alleyways for me. Nearby was the financial district, full of pale gleaming skyscrapers. Good city planning had placed all the tall buildings together, reflecting off each other like a big family sticking together for protection. Rising above them all is a giant totem, the Transamerica Pyramid, the first thing you see on approaching the city. It is an iconic building, reminiscent of the newer Shard in London, and like any tall triangular building appears at ground level to just disappear into the sky, the height unfathomable. When completed in 1972 it was the tallest building in California and the tallest pyramid in the world at 260 metres. The top of the building is illuminated at night and so resembles a welcoming lighthouse rather than an intimidating office block, and so meets with my approval.

Back up to Alamo Square Park for the famous view of colourful Victorian houses (the Painted Ladies) framed by the downtown city skyline, which we had just come from. An illicit joint was smoked here and then we went to another friend’s house, also confusingly called Doug. This was Douglas Wieselman, rather more mature and academic than the Doug I was staying with, and a much better cook. The hospitality knew no bounds. 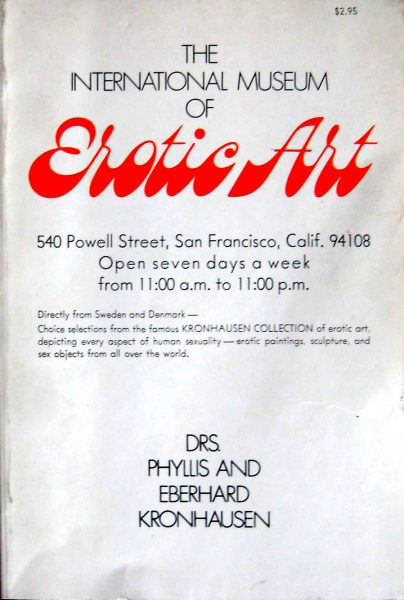