Canada was on the horizon and going through border control always makes me nervous. I was not sure what the situation or the requirements for a hitchhiker would be, so after a few lifts some accommodating girls took me right up to the border post at Blaine, so I could walk through on my own. The omens were looking good when I saw a big sign welcoming me to the Douglas Border Crossing. I just went straight through with no grilling when I explained I was just visiting and would be going back to the States, no mention of hitching. I then sauntered through the Peace Arch Park, which celebrates the peace between the two countries, until I was out of sight of the authorities.

Back on the road I met a rare fellow hitchhiker, carrying a guitar case, which seemed a much more genuine way of doing it, in the Woody Guthrie style. He piqued my interest, he really was a musician, and we struck up a conversation. He wasn’t going far, but when I explained I intended to hitch across Canada, he advised me to to catch a bus across the city since all the traffic was on the highways and it was difficult to get lifts at the intersections, and in any case all I had to do was get to Highway 1, it was the only way out. I followed his advice and directions and hopped on a bus. I can’t explain how I paid for this bus since I had no Canadian money, so I probably didn’t. Once onboard the whole place didn’t seem like a city at all, but extended home counties suburbia interspersed with woods and wide open spaces. Some houses were grandly Victorian, others clapboard tiki taki, but where was the bustle of the city? I don’t know, I never really got there, because it seemed in no time I saw a sign for Highway 1.

Then another great stroke of luck, I got a lift going thousands of miles to Ottawa! A racy red Dodge Dart Swinger pulled up and in I jumped, the driver seemed pleased to see me. He was a sharp looking guy in his 30s with curly hair, wearing all black and a trendy polo-neck shirt. We raced off along Highway 1 which theoretically, as the Trans-Canada Highway, traverses the whole country. I of course was happy to be back on Highway 1, and even though it was in a different country it would turn out to be just as scenic. Some way out of Vancouver the road entered a National Park and apparently we had to pay to enter, which seemed a bit rich to me since there were no other roads. This also caused some consternation with my host who had to pay for me, the idiot with no money. As it turned out the cost for 1 car or 2 adults was the same, so that problem resolved itself, but the issue had soured the atmosphere. 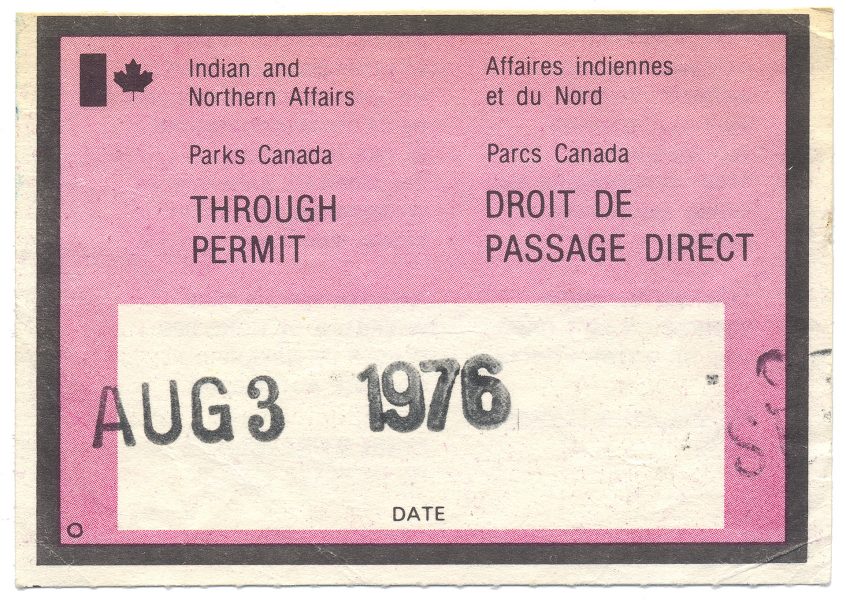 Some other problems were not so easy to resolve. Usually when hitching there is an introductory conversation involving names, places and professions, so everybody knows what the parameters are and conversation can proceed. Not in this case, I never found out his name, but I called him Frenchie, at least to myself. When I enquired I was told everything would be on a need to know basis, which didn’t seem very friendly to me. After some prompting he said he was a professional gambler, but he spoke without conviction and I felt he was making it up. This conclusion was seemingly confirmed when he claimed he couldn’t talk about gambling due to trade secrets, I was more of the opinion he knew nothing about it. None of this led to a relaxed exchange of views, and slowly but surely I became rather apprehensive about my fellow traveller. To lay my cards on the table I convinced myself, rightly or wrongly, that this guy was on the run and I was there as cover, the police were not looking for two men in a car, just one. In retrospect I surmised that the fuss at the National Park entrance had been more about dealing with the man in uniform than the money.

On a brighter note we were eating up the miles and travelling through epic landscapes, so I sat tight. Unexpectedly Frenchie asked me if I could drive and I said yes, I had my license with me, but I had never driven in America or Canada before. He said come on it’s easy, we’re just going along one big road, there are no towns, no stops, it’s just driving the same as anywhere. We pulled over and I took the wheel, while Frenchie dozed off in the passenger seat. He must have been exhausted, but of course I didn’t know where he’d come from or how long he’d been driving, that kind of info wasn’t necessary when operating on a need to know basis. And yes I enjoyed being in control, feeling I was contributing, driving the Dart Swinger was cool.

When we stopped for gas he was so paranoid that he wouldn’t get out of the car. I filled it up, despite not being au fait with the pumps they had there. I also managed to take a sly photo just in case things got really weird, I thought I’d better have some record of him and the car just in case we were stopped for some reason. Had he seen me doing so I’m sure I would have been out on my ear. As you can see I’m standing just behind his line of sight and fortunately he didn’t turn round. 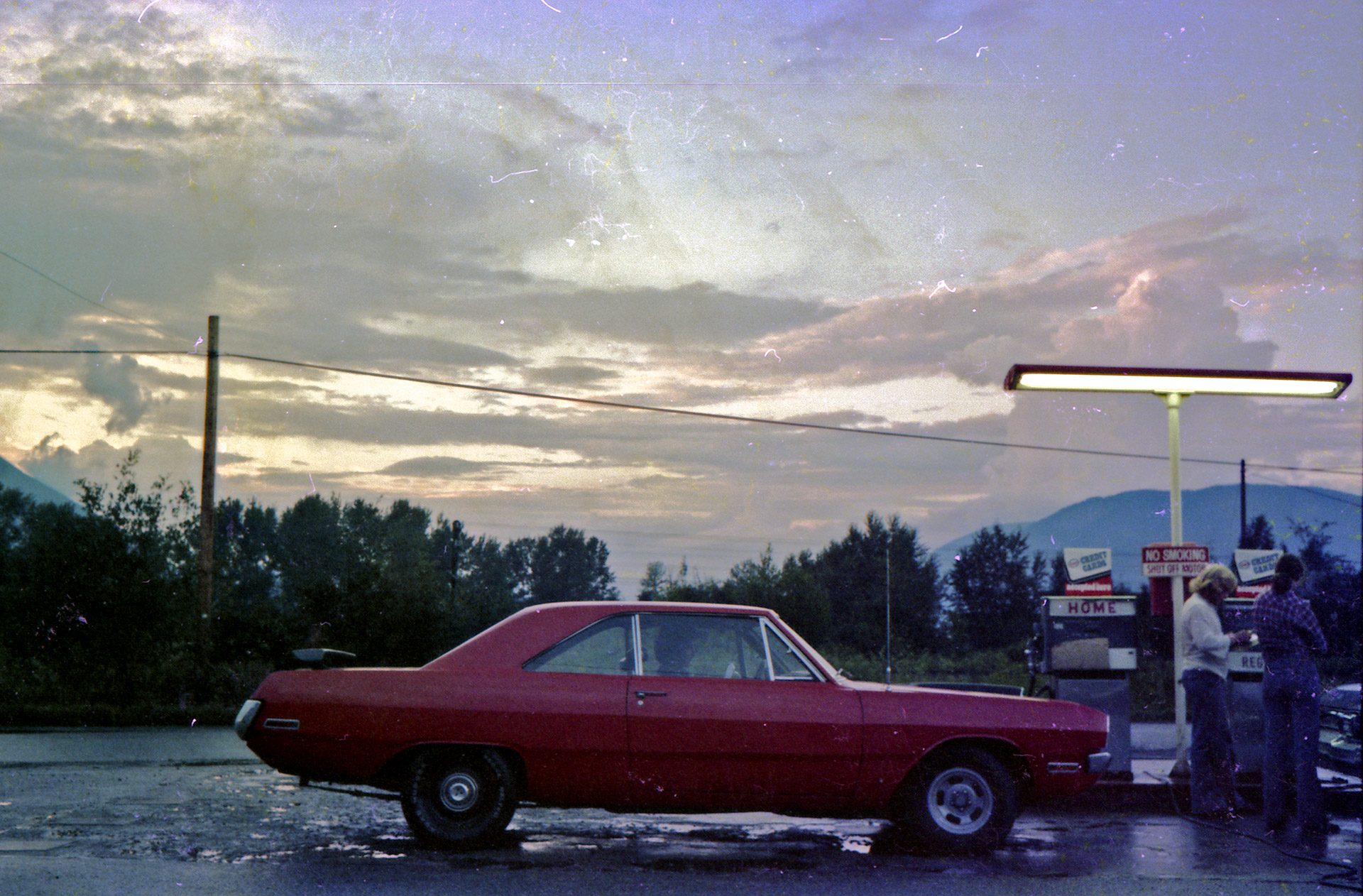 As dusk set in I began to worry what would happen regarding sleeping arrangements. I told Frenchie I had a tent but he said up here in the Rockies it would be freezing at night (he was right, we were at an elevation of 5000 feet), then I suggested I could sleep in the car, but he wouldn’t hear of that, it was illegal to do that in a National Park. Night was upon us so we pulled into a motel at Golden, high up in the Rockies in the centre of Banff National Park. He paid for my room, which was very generous of him and the comfort was much appreciated by me. I couldn’t make this guy out at all.