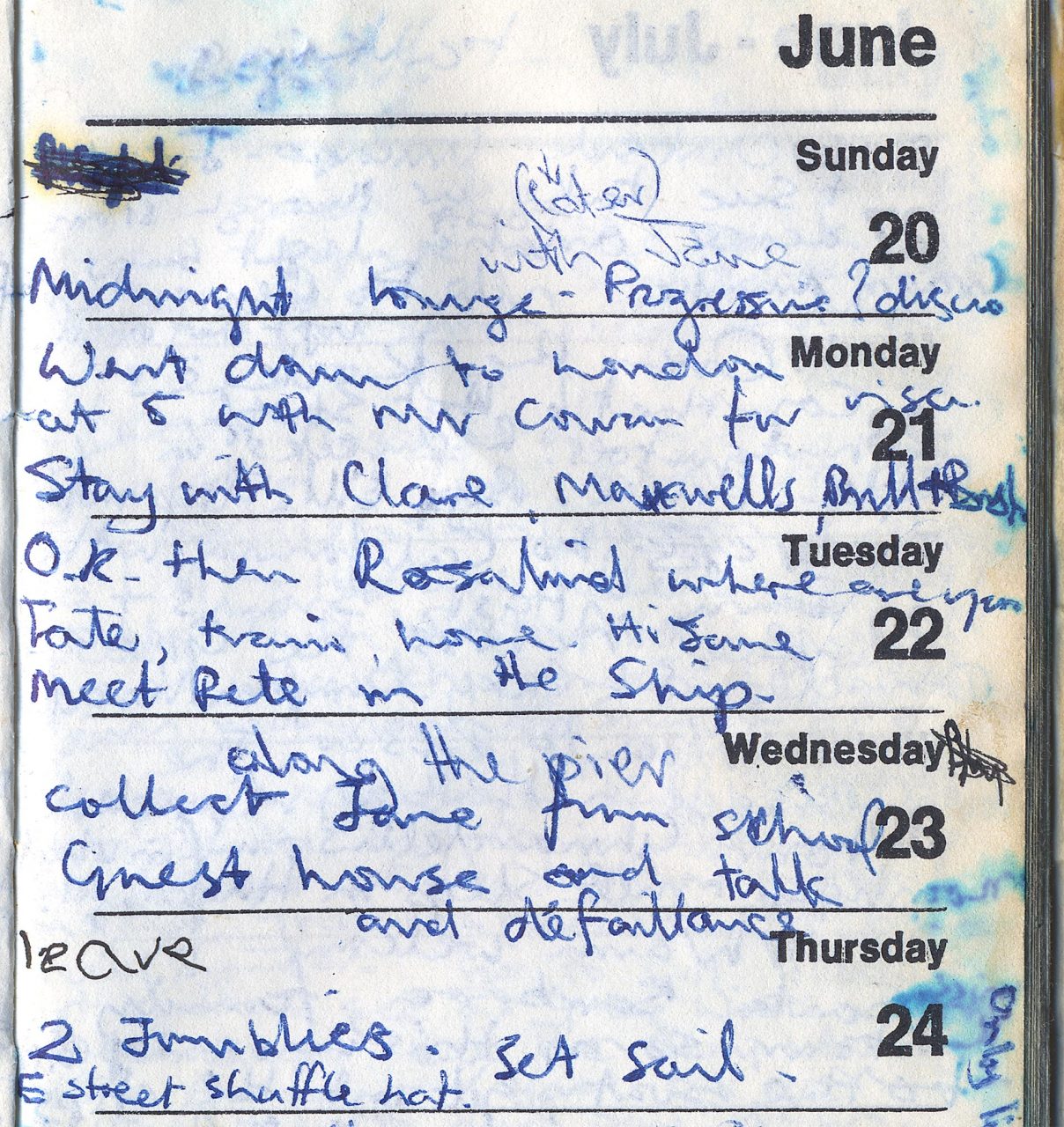 Why America? In my youth America was the aspiration, the home of the stars, the shiny future compared with our grimy, still shell-shocked Britain. Since the Second World War our movies and hence our aspirations were from Hollywood, we only had kitchen sink dramas and Carry On films. Even in the playground the number one game was Cowboys and Indians, we were desperate for wide open spaces, skyscrapers, glamour and sunshine, for things just to get bigger, brighter and louder. Here there were no superheroes, no space race, just the Dandy and the Beano. They had the beatniks, the bikers and then the hippies, they invented blues, jazz, soul and rock ’n’ roll, it was the root of modern culture. This was, above all, an era when music set the cultural agenda. After the initial paroxysms of the Beatles and the Stones, we realised that their musical inspiration came from the States and just like those guys we wanted to be on tour over there. Paris had been the artistic nexus in the 20s, but we all knew Modern Art now came from New York, that was where Warhol was happening. America was resident in our dreams, we had not yet conceptualised the power of their advertising, they had won the culture wars. By the time of my visit this dream may have been fading, but had not yet been replaced by the make-do energy of Punk, the grass still seemed greener in the New World and I wanted to see and experience it. Like the bikers in this poem by the expatriate Thom Gunn, now resident in California, I wanted to be on the move:

One joins the movement in a valueless world,
Choosing it, till, both hurler and the hurled,
One moves as well, always toward, toward.

A minute holds them, who have come to go:
The self-defined, astride the created will
They burst away; the towns they travel through
Are home for neither bird nor holiness,
For birds and saints complete their purposes.
At worst, one is in motion; and at best,
Reaching no absolute, in which to rest,
One is always nearer by not keeping still.

~ from On The Move by Thom Gunn

To get to America I first had to go to London from my home in Southport and get a visa at the well fortified American embassy in Grosvenor Square. No hitching just yet, I got a lift all the way from a family friend. At the embassy it was an intimidating process with beefy security guards, but it went well and despite my appearance as a hairy unkempt student I got my tourist visa. In London I stayed up in Hampstead with some posh friends, visited the Old Bull and Bush Pub and went to Maxwells Bar and Grill where I ate my first real American hamburger, as loud rock music played. The burger turned out to be better than any I had in America. An unusual experience in those times, and it felt like a good start to my adventure. Let us remember we Brits only had Wimpy, reeking of the greasy 50s and a pale precursor of the now ubiquitous McDonald’s, and of course there was no loud rock music in any restaurants that I knew.

After a visit to the Tate (now Tate Britain) I caught the train back to Southport and went to some local pubs, The Ship and The Guest House, to say my goodbyes. A quick walk along the longest pier in Britain which does not reach the sea, and I was nearly ready. The final cherry on the cake was finding my “E Street Shuffle Hat”, a dull grey flat cap, at one of the jumble sales which Southport, with its ageing population, excelled in. I had sewn a Union Jack to the back of my frame rucksack, I had on my Levi Strauss jacket and 501 jeans, the Adidas trainers, now I was ready.

I caught the boat from Liverpool to Dublin, a very strange start to the trip since it was full of drunken Irishmen going home after a horse race. I savoured my last Guinness for several months. In those days the flight from Dublin was the cheapest I could find, a student fare, and I am pleased to say it was with Pan Am. A short hop over the beautiful green sward of Ireland and we landed at Shannon which already looked like an American outpost. It was full of good old boys buying Chivas Regal in an enormous duty-free with chandeliers, sofas and luxury all around – nothing like Ireland at all, although the carpet was green.