I hooked up with a Dutch guy I met at the Woodward and we went to see the Statue of Liberty. Straight down on the subway to Battery Park, then onto a Circle Line ferry across to Liberty Island. It was another overcast day, but I felt some excitement to be out here seeing the same sight that had welcomed so many immigrants on their way to nearby Ellis Island. These are the famous concluding words from the sonnet The New Colossus by Emma Lazarus, engraved on a brass tablet at Liberty Island:

Give me your tired, your poor,
Your huddled masses yearning to breathe free,
The wretched refuse of your teeming shore.
Send these, the homeless, tempest-tost to me,
I lift my lamp beside the golden door! 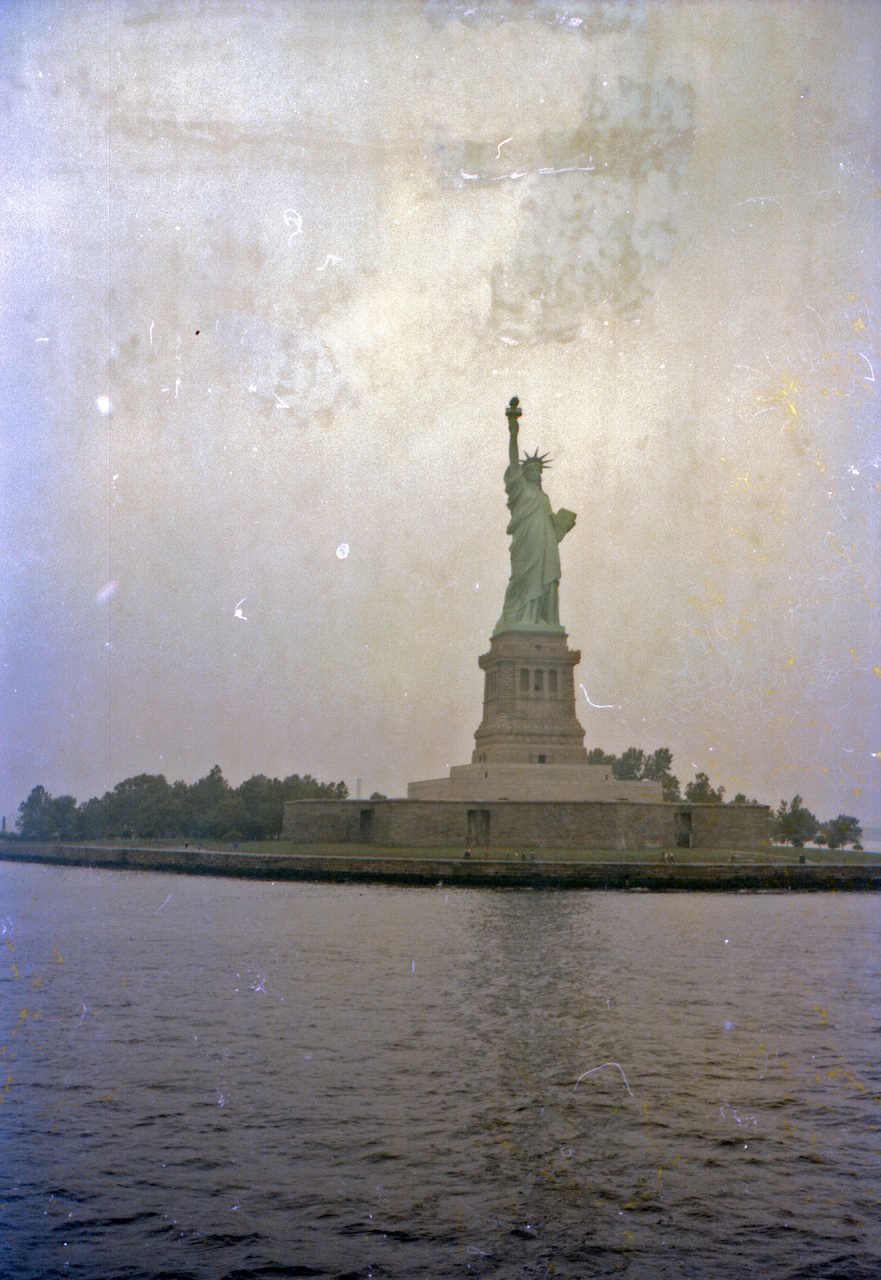 The Lady in the Harbor was a gift from the French people to celebrate the ideals of the American War of Independence, when they had been allies against Great Britain. It was built in France by Auguste Bartholdi, with an interior structure by Gustave Eiffel, then shipped over in pieces before being inaugurated in 1886. It is genuinely huge, being 93 metres tall from ground level, and even better it is hollow with a double-helix spiral staircase with 377 steps, so you can climb right up to the crown. On the way up you can see the skeletal structure holding the 2.4mm thick copper plates that make up the skin of the statue. To be up in the skull looking out of the crown was a genuine privilege, I had not expected such amazing access, pity it was raining.

Walking back up Broadway I spotted the entrance to a viewing gallery for the New York Stock Exchange in Wall Street. Up some more steps and there behind a large bulletproof glass window was the enormous and buzzing trading floor of the NYSE. Happening right there were the deals impoverishing or hopefully enriching millions of people round the world, most of them would never see such a sight, would not be aware of these distant machinations. I watched, hypnotised for some time by the feverish activity, until the bell was rung and silence fell, the floor littered with buy and sell orders. Today you won’t be watching this, there is no more paper, the gallery is closed. Sadly another sight you won’t see are the World Trade Center Towers, for entirely different reasons. I walked around the forecourt, but despite their height they did not impress me, lacking the grandeur and history of the Empire State Building, just very big blocks of steel and glass, corporate behemoths lacking in romance. I did buy a postcard though because they were the tallest. 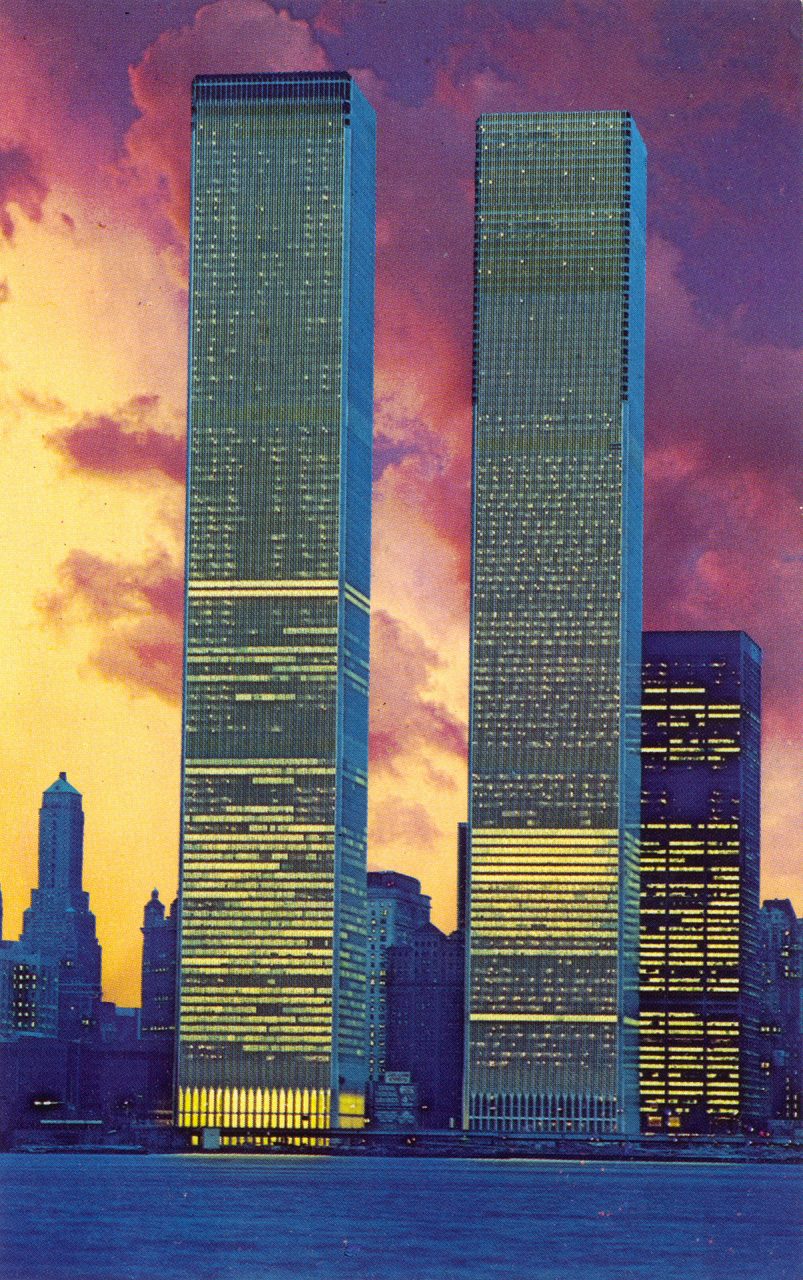 Made my way up to Max’s Kansas City, a music venue famous in my mind for the Velvet Underground album Live at Max’s Kansas City, released in 1972. It had a rundown kind of American glamour, a long narrow bar leading to a dark music room at the back, with long thin tables end-on to the stage. I was just thrilled to be there knowing my heroes had all been there, sitting where I was. The first act called Just Water were just too showband for me, and if they thought a rocked up version of Singing in the Rain was going to cut it, as the days of punk loomed, they were wrong. 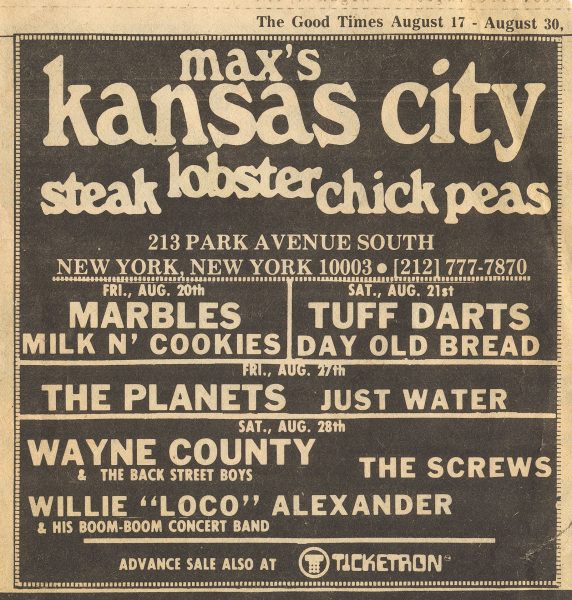 The Planets featuring Binky Philips were a proper trad rock band which I enjoyed, they were influenced by The Who and Thin Lizzy. Got chatting with their fans about The Who, ended up having a long conversation using all my UK insider knowledge about Pete Townshend and Co. Well I had seen them at Liverpool University in 1971, when they put on a classic show just like the Live at Leeds album, with added searchlights. All these guys had seen The Who as well, so we got very excited, and exchanged notes. All very friendly. 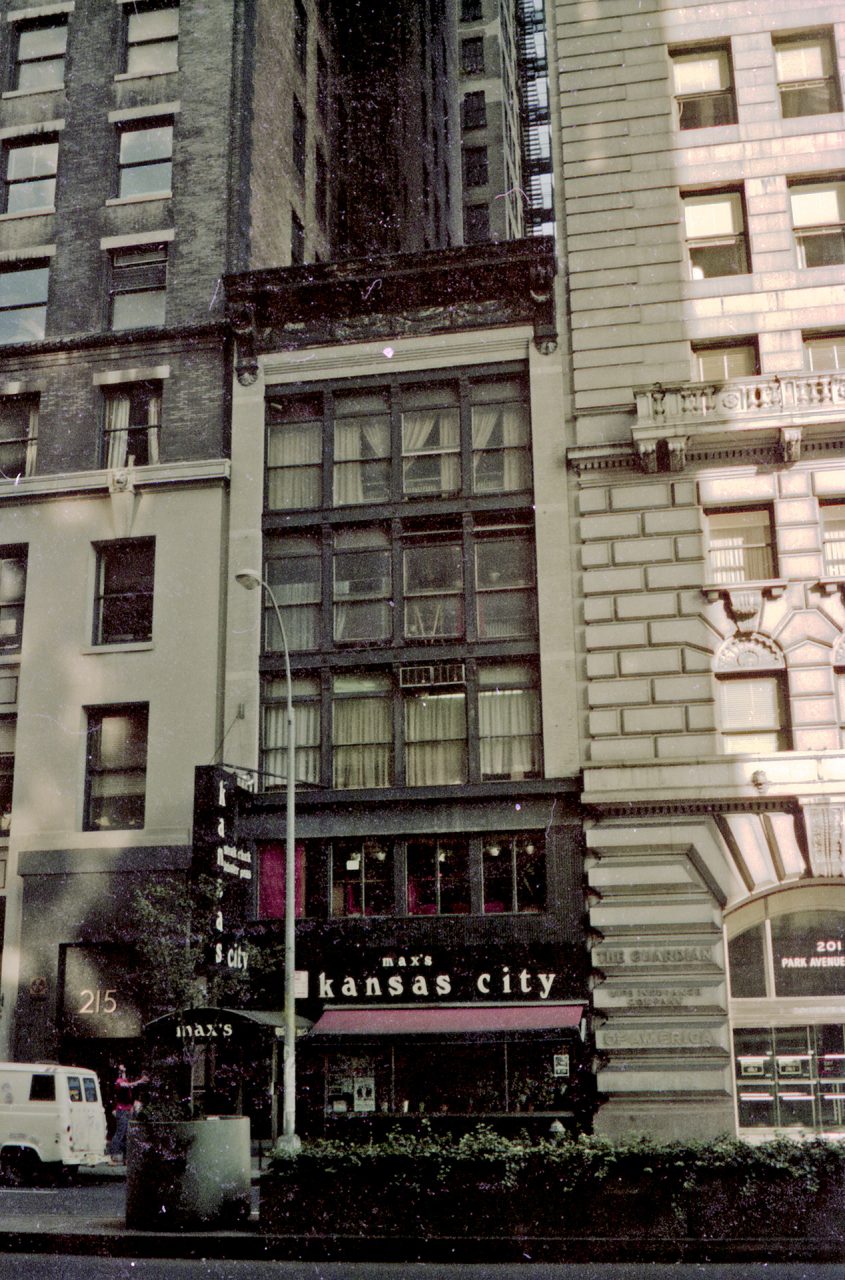 This is the entertaining cocktail list at Max’s, just wish some of these bands had been there on that night. I stuck to straight beer. 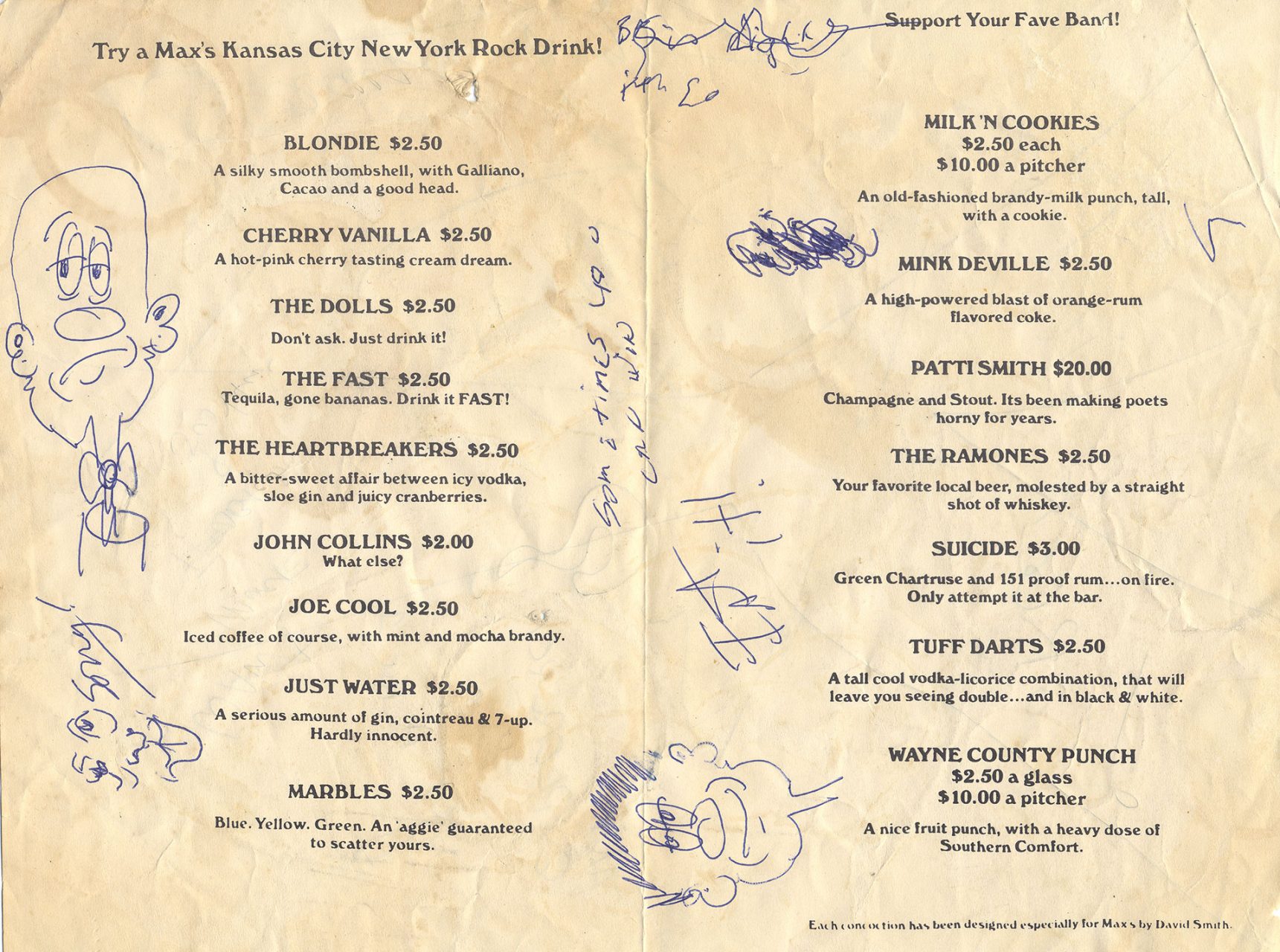