It was my ambition to travel up Highway 1 on the coast, as I had done from LA to San Francisco. That had been a beautiful trip and now I had a tent so I could sleep out easily if necessary. I hadn’t realised how quickly we would leave civilisation and be in a totally rural backcountry environment, with hardly any towns and hence hardly any people to give me a lift.

As a precursor to that I got a great lift in a fabulously beaten-up old Dodge pick-up truck, all curves and rust from the 50s, with a high cabin and a huge radiator. We chugged along, windows open, as my good old boy driver, with his long beard and bib overalls, drawled on about getting back to good times in the country. He dropped me off in Marshall and the time travel continued on my next lift when we entered Bodega Bay and I saw the location used for Alfred Hitchcock’s 1963 movie The Birds. This film had made a big impression on me, in particularly the scene where the birds attack at a gas station, resulting in a huge conflagration while the powerless main characters look on from the restaurant. There it was in front of me, The Tides Restaurant; it was real and all I could think of was petrol catching fire. And then there was the street where the children ran down the hill to the bay from the schoolhouse, screaming as they were attacked from above. Reality and fiction were blending in a confusing way, I felt I had already been here and experienced their imagined nightmare, I felt sorry for them. In reality Hitchcock mocked-up the whole gas station and restaurant at Universal Studios in order to stage the fire, but I didn’t know that then. I just felt privileged to be there as the old movie played out in my mind’s eye, another step closer to the glamour of Hollywood. 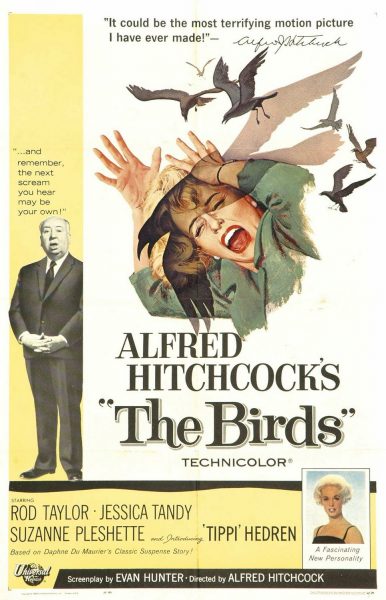 As I was innocently hitching a state police car went by. I watched them go on up the road, then they switched on the blue lights and did a U-turn, not a good sign. Drawing up near me, one of the troopers got out and started asking questions. The maxim “Stay Cool – Hang Loose – Admit Nothing” came to mind, always useful in these circumstances. Having established I was British and hitching on out of there, he just gave me some advice about standing back, behind the line on the edge of the road. They drove off, false alarm.

Just outside Bodega Bay I came across the artist Christo again. On this empty coastline there seemed to be a lot happening, and now they were building a long useless white fence. This was an installation art project called Running Fence by Christo and Jeanne-Claude which only existed for 2 weeks, but took 4 years to plan. Just from the bare poles I could see the crazy ambition in this project since they were over 5 metres high, from which they were going to hang a white nylon curtain snaking for 24 miles over the hilly countryside, crossing 14 roads and ending up in the sea. I couldn’t quite believe it, this was art on an epic scale, how could they manage to do this? I am glad to say they succeeded and it is now revered by the Smithsonian. My only wish would be to have walked the length of this sinuous, flapping monstrosity, to see the animated countryside in its temporary fenced guise. 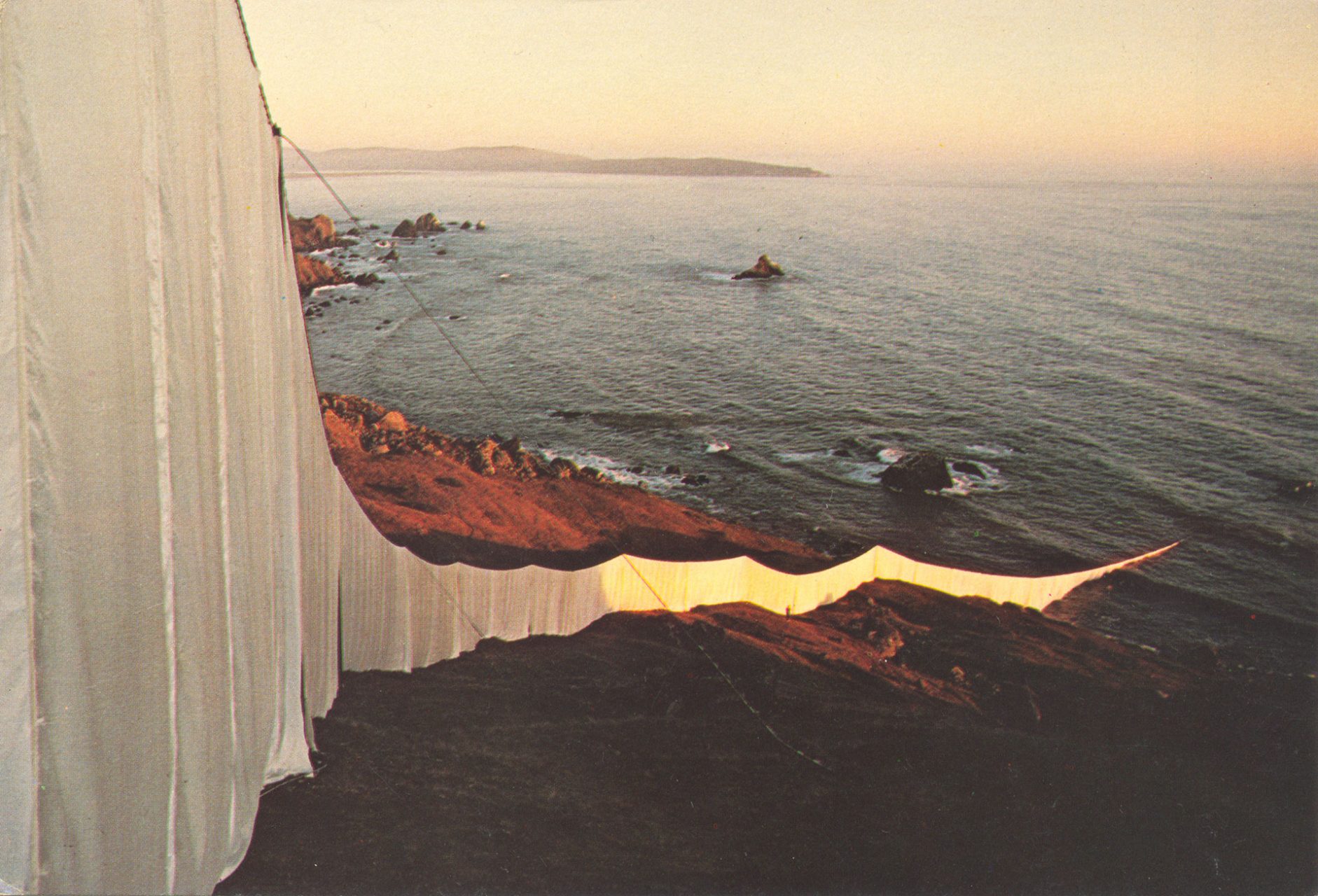 Suddenly life petered out. Beyond Bodega this was a road to nowhere, scenic though it certainly was. I was determined to stay on Highway 1, but it seemed others were not and my lifts encouraged me to move over to the State Highway 101. I got as far up the coast as Mendocino, but then I got a lift from John and Geoff in their camper van and they were heading east. I bowed to the inevitable when they said they were going to a cool lake. In any case Highway 1 soon veers inland and joins the 101, so the Highway 1 dream was over for now.

We drove across country, dope was smoked and I got to know John and Geoff, who were 2 young actors out for a long weekend of water skiing. As dusk fell we arrived on an empty beach at the north end of Clear Lake near Lakeport, looking out over the huge lake to the Sierra Nevada mountain range. At their invitation I bedded down in their RV (that’s a recreational vehicle) as the mist swirled around us.