After the dope wore off and the sun rose I realised it was pretty noisy right there by a giant motorway, so I girded my loins and hit the road early, after just a couple of hours’ sleep. It was to be a day of many lifts and great distance but it started gently and my first lift was from a local Oregon commune dweller. I had thought the days of the commune were over, but evidently the idea had taken root in Oregon and the city of Eugene, where we were headed, was now the epicentre of communal living. I liked the idea of communes (and later lived in a “communal” house), but the problem was knowing what kind of commune you were dealing with since it could range from dope smokin’ back-to-the-country hippies to the full on glorious craziness of the Bhagwan Rajneesh movement or perhaps even born-again Christians. At least they were breaking down barriers and struggling to make a new kind of life, but the psychological aspects of belonging to an intimidatory cult always worried me. In this case there were no worries and little juicy information, just a pleasant lift.

My next ride was from a young soldier, luckily too young to have served in Vietnam, who proceeded to demolish all my prejudices regarding the armed forces. While I was not a pacifist as such, they certainly had my sympathy, and so at school I had refused to join the Combined Cadet Force and instead trimmed hedges and made tea for old ladies. I also had great fun leafletting the CCF Field Day with anti-war messages from the Peace Pledge Union.

This guy was a few years older than me, but apart from that seemed just like all the other American guys I had met on my trip. We discussed rock music, travelling and the state of things, he explained that he felt being in the Army was just a job to him and somebody had to do it, which all seemed eminently sensible. He then lit a funny smelling cigarette and I thought oh no he’s smoking dope as well, but it turned out to be an Indonesian clove cigarette, a Krakatoa Kretek. Of course I had to try one and they lived up to their name, my mouth went numb, the rough sweetened smoke giving me a gentle high. He said he had a whole box of them and gave me the rest of the packet. We powered on up Highway 5 through Oregon to Fort Lewis outside Tacoma in Washington State and I said thanks for a great ride. 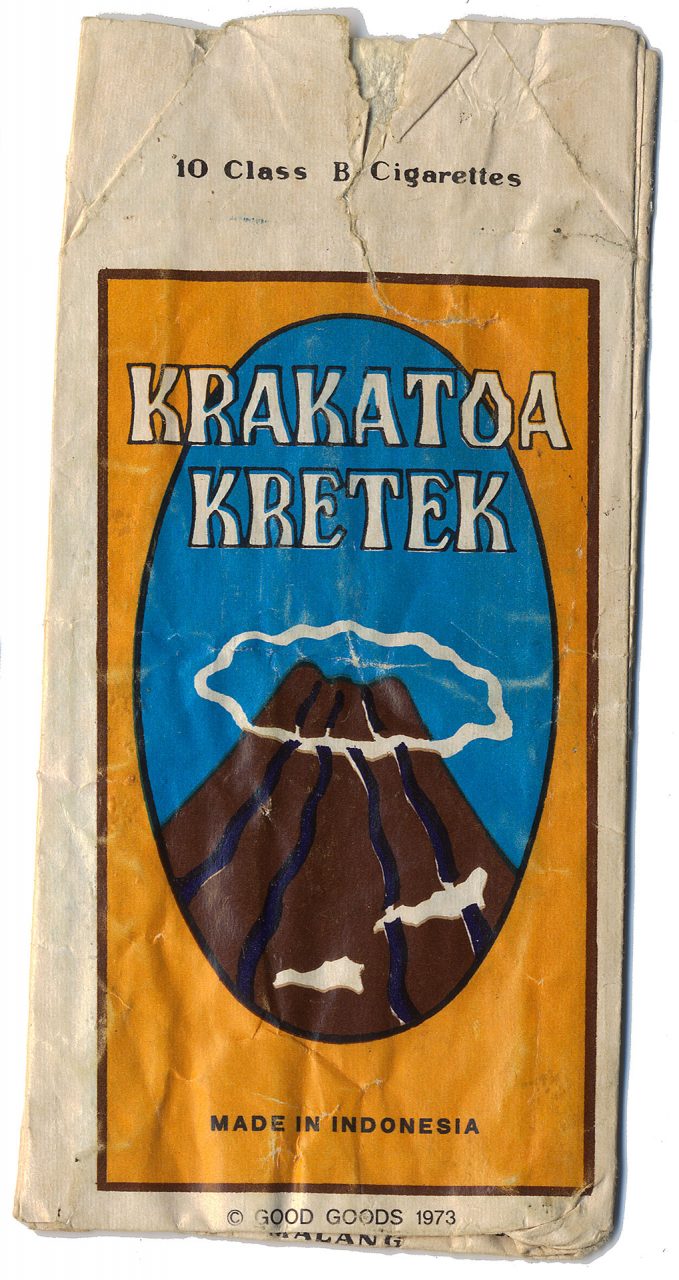 I knew that up ahead was Seattle, a large city I was worried about navigating on my route North. After a few local rides I was fortunate to be picked up by a trio of giggly girls on the outskirts of the city. They seemed to be just out riding around for fun and they had never picked up a hitchhiker before. I became the subject of much adolescent attention, bombarded with questions about the UK concerning TV shows and pop stars. I told them I had loved The Monkees television show when I was younger, and we all agreed it was the best ever. The Monkees were one of the first artificially created boy bands, which was defintely not cool, but their TV show had a youthful anarchy which was quite unique at the time. The girls did have difficulty with the concept of hitchhiking, and when I tried to explain to them what I was doing it all seemed hilariously incomprehensible. Like what happens if ya can’t get home? How d’ya know where yer goin’? What happens if it rains? Why not just take a bus? I did manage to convince them that the worst thing when hitching was to be dropped off in the centre of a city, since usually you can’t hitch out again. Luckily Highway 5 goes non-stop through the centre of Seattle, so they got that and kindly took me right through and out the other side. I was so busy chatting I never even saw the city, although I did see the Space Needle in the distance.

Next up was a stoned local DJ. He looked grizzled and wouldn’t stop laughing at his own jokes, and as the hitcher my job was to laugh along with him. This was harder than it sounds. The one I remember as being particularly grating was that he worked for a rock FM radio station, based in nearby Lake City, whose call sign was KILO. Just so you know, the joke here is the word kilo, which in “underground” circles means a kilo of weed. Apparently it was the funniest thing in the world to work for an FM station called KILO, ‘cos the straights wouldn’t get the joke. It was so funny he had to tell me several times in case I didn’t get it, to be mildly amused was not enough, it was the MADDEST thing ever.

Yessir and what about the music?
Oh yeah, that’s cool but KILO maan!! Ever heard o’anythin like that?
Errr, not really…

KILO now broadcasts from Colorado Springs. People are still not rolling in the aisles.

That was a thankfully brief ride, and so luckily was the next one. A large sedan drew up and I was waved into the rear seat by an enormous Native American. Oh good a big comfy air conditioned automobile where I can relax. As I got in the rear door I noticed the entire floor was covered in empty beer cans of every variety and when I say covered I mean a foot deep, do I just stand on them and squish them? Yes I do, scrrrrunch, nothing is said, but as we set off I notice he has several fresh ones lined up in a cooler on the front passenger seat and in his hand is an open can which he proceeds to consume as we drive along. Fortunately, like most American cars, it is an automatic with power steering, so he can easily drive with one hand. Uh-oh this is a bit weird, if not outright dangerous, I thought there were laws against this kind of thing. Still he doesn’t look like a man who would brook a challenge and he is not very talkative, so I try to pretend everything is normal and that we are going in a straight line. After a few miles a can comes flying into the back and a fresh one is opened. At least that explains how the cans got there. Fortunately he soon has to turn off and I leave with hardly a word spoken, I had dodged another arrow.

Undoubtedly this man was a member of the Tulalip Tribes of Washington, who have a large reservation north of Everett near Marysville. I now had no problem believing the tales I had heard about Native Americans and their prediliction for alcohol, I had never seen anything like that and never would again. My next and final lift of the day was from another large Native American, although I thought initially he was some kind of Islamic preacher since he was wearing a large hooded kaftan and emanating a strong spirituality. This was an altogether more sedate journey, but little was said and the lift appeared to be offered in the spirit of native duty rather than companionship, which suited me fine. Although not late when he too turned off the Highway I bid my adieu and called it a day, I had travelled far enough. I pitched my tent easily enough at the edge of a giant intersection, protected by a few scrubby trees, dreaming of beer cans.