Preparations are under way for the great Bicentennial Celebration. We will be on a boat in the Bay with a beer keg tied to the mast. First it needs a good spring clean, so I lend a hand with Alistair and his mate Seth, the Captain. I also managed to write the only postcard my parents were to receive during my whole stay. It tells the story up till now quite succinctly, with only a little sanitised exaggeration to put their minds at ease. I believe I did write another one a few weeks later, but they never received it since I was economising on postage. This markedly failed to put them at their ease, I was later to discover.

In the early evening an event occurred which for some reason has stayed with me for a long time. Alistair and his mates were all under 21, so in California, as in most of the States, they could not buy alcohol. This was strictly enforced by using the drivers license as ID, as opposed to the UK where there was no ID and you just lied and said you were 18 and hopefully got served. At the age of 17 I had a 6 foot friend who was very useful in this regard. So we were all standing outside the local supermarket and the evening was about to be ruined due to lack of beer, when I piped up and said I was 21. This was vaguely ridiculous since I was the shortest, weediest person there and compared with these tanned surfer beach dudes looked about 15. So it was a proud moment when I presented my UK passport to the cashier and after a few enquiring looks purchased some six packs of beer. Local Hero! 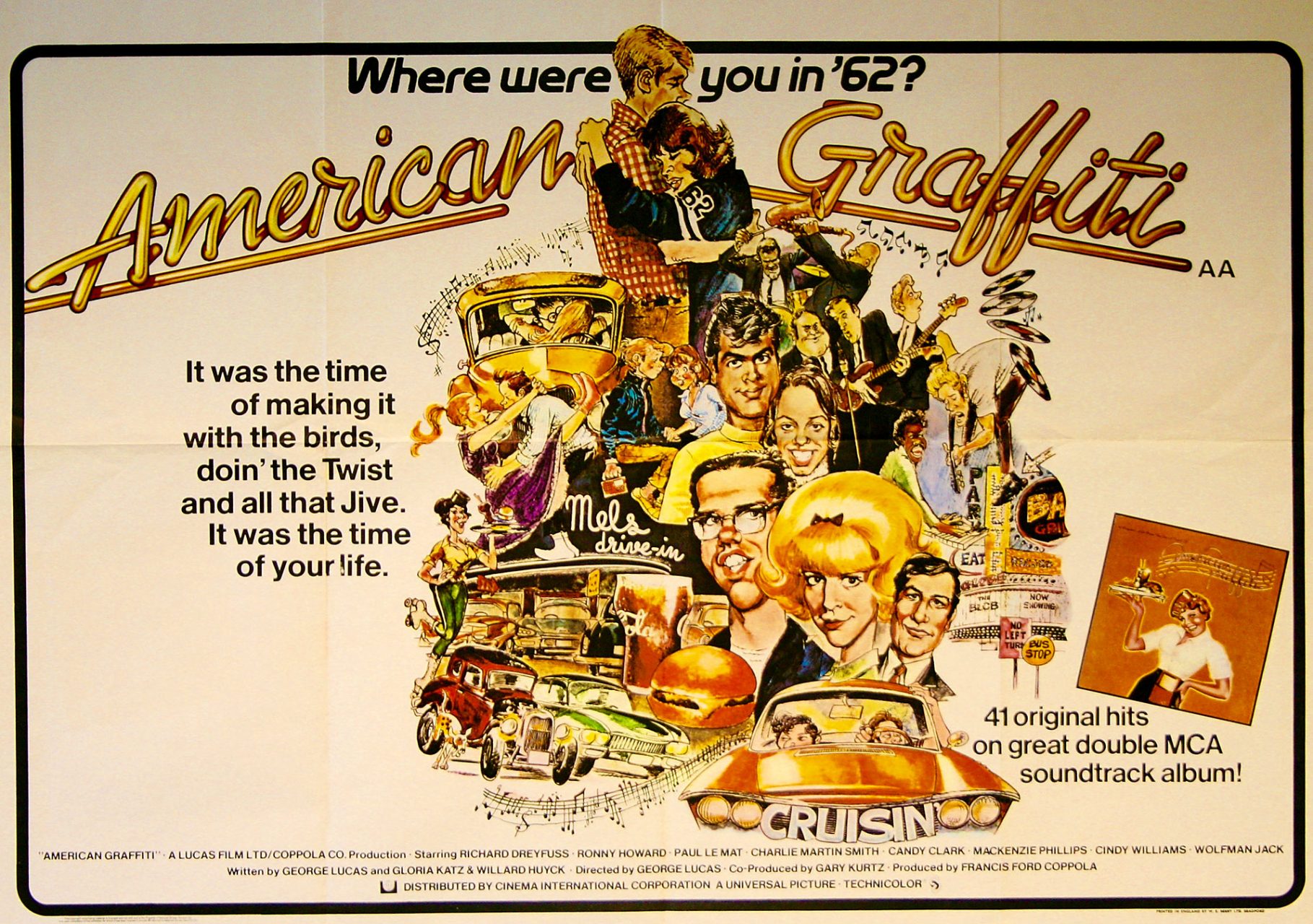 And then, following another great American tradition, we went Cruisin’, as portrayed in the popular 1974 movie American Graffiti. While not being able to buy alcohol, all the dudes could drive and so we set off through Santa Barbara, checking out the other automobiles and leering at any girls in sight, through a creek and up to an overlooking promontory,  called the Rock. This was a local meeting point for any disaffected youth in the area, lit purely by car headlights. It soon took on a vaguely threatening atmosphere, not quite Blue Velvet but dystopian enough for an outsider who didn’t know the rules, and hadn’t been to High School with anyone round here. I kept a low profile as beers were drunk, drugs consumed and girls chatted up, an outsider looking in.