What A Long Strange Trip It’s Been – With a title like that I could hardly avoid reading this copy of Rolling Stone magazine. There they were, the prime movers of the SF rock scene on the cover, standing where I had stood, and I’d just seen two of them. Inside Issue 207 the “All the News that Fits” character still had a giant spliff in his mouth. Peter Frampton had a full page ad, as did most cigarette companies, while tape players were evidently selling well. The San Francisco articles though were a bit stodgy, full of dates, names and history, but lacking in critical analysis. Nevertheless as documentation of a unique moment it is good insider journalism, and I’m glad I kept this historic issue – with permission, of course.

To get into Brunswick, the nearest town, was bit of a tribulation. Around here everyone had a car or truck, places were too far apart for walking and there were no buses. Still I managed to get there by walking to the crossroads in Bowdoinham, a couple of miles away. Where I was living there was so little traffic it was easier to walk than hitch. At the crossroads there was a grouping of smarter residential houses and a fire station, a church and a store, but all spaced out with no discernible centre. The light traffic would sometimes be headed to Brunswick and here you could hitch a lift. A harder problem was getting back, important to do that before sundown when everyone had gone to bed.

Brunswick is a relaxed and spacious town on the Androscoggin River with a large liberal-arts college, so having the many amenities that students require. Among these were record shops, music venues and good second hand bookshops, I visited them all. I sent a postcard to my notional girlfriend, Rosalyn, whom I would hardly ever see again. I also bought a valued second hand book for ten cents called Zen in the Art of Archery by Eugen Herrigel. Fortunately a lift home had been previously organised, I found a friendly guy called Baron at a bar in Maine Street and it was all sorted. Back home for a hearty meal and the quick consumption of my short book. 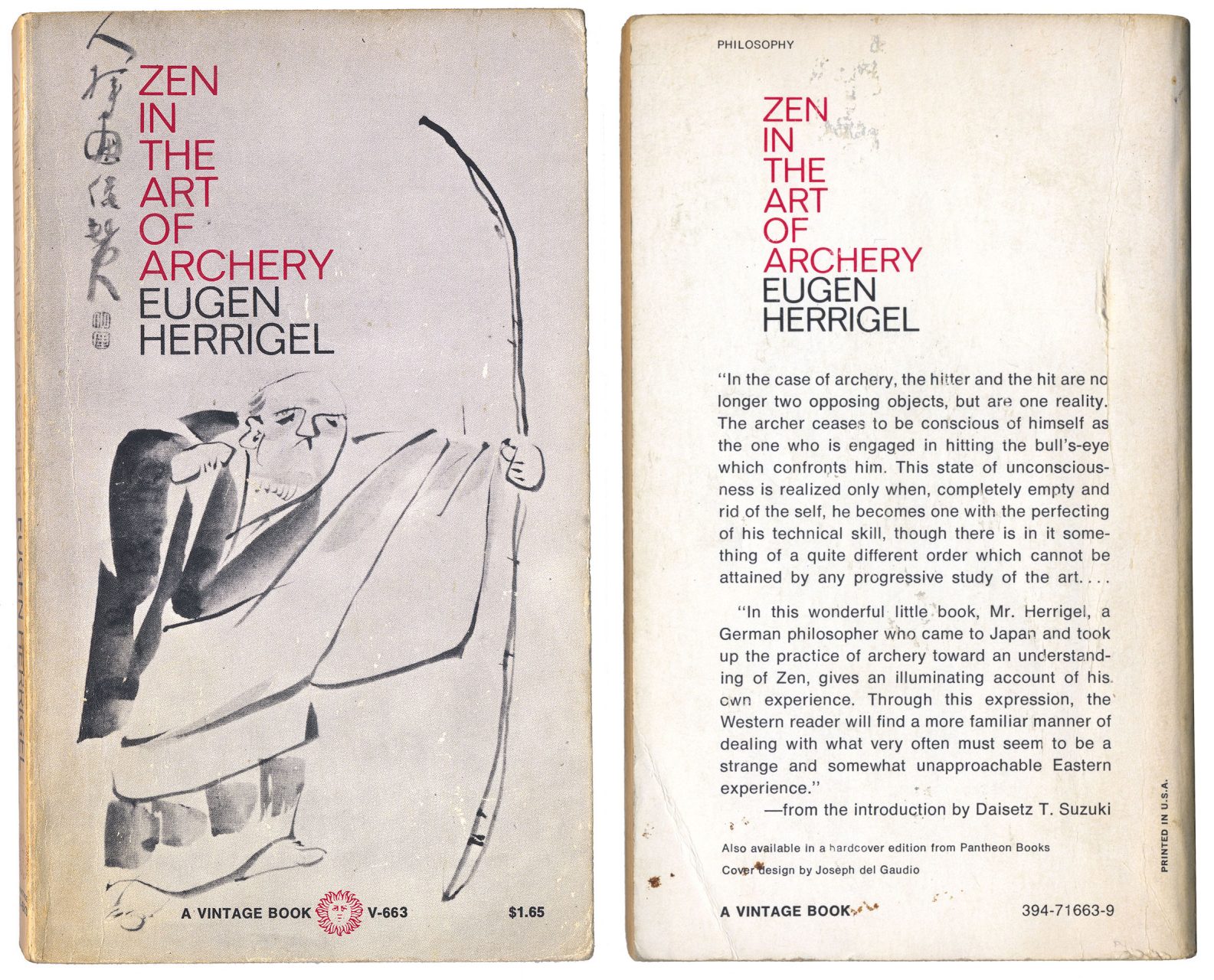