First and last lift from a Trucker, climbing high into the cab, always a privilege to basically be in someone’s home. However just a short lift, he was headed for Toronto on the 69, I was heading for Ottawa on the 17, going around Lake Nipissing. I still wasn’t carrying direction signs, usually it was obvious where I was heading and most of the time I just needed a lift, any lift. Still I got some breakfast onboard, a Big Mac, soon to be the signature meal of the trip. McDonalds had  just arrived in the UK, with restaurants only in London suburbs, so I had never visited one. Thus I was still enthused by their novelty value, as well as their monetary value. For me a Big Mac was still a cheap foreign treat.

Out on the quiet Highway 17, still part of the Trans-Canada Highway which splits in two at Sudbury, there was more madness. I was swept up by a gang of 5 jailbirds in a battered Chevy pickup truck. From what I could gather they had just been released from a Correctional Facility nearby, and now they were making the most of their freedom. They seemed younger than me, how they came by the truck I had no idea, but at least they were wearing civvies, so I presumed they weren’t on the run. At the first sight of clear water we veered off the road, everybody stripped off and jumped into the muddy lake. They were desperate for a bath or at least to rinse off the institutional grime they had accumulated. I pitched in as well, which put me in good stead, and of course I could also do with a good rinse. All well and good, but these were very feisty guys with a lot of macho posturing to get out of their system, as I was to discover. There was much splashing, shouting and running around like scalded cats. The lake edge was a fine brown mud, which they proceeded to throw at each other, firstly in jest, until it became a wrestling match with the dominant guys pushing peoples’ faces into the mud. Fortunately I was well out of the lake by this time, the water had been extremely cold, so I was back at the pickup drying off and getting dressed. You want to join in, but not too much.

Everybody rinsed off, we hightailed down the road. I am sitting in the back realising these guys are seriously mental, I can accept baad, but the situation seems genuinely dangerous. I am happy to be ignored, but getting off this merry-go-round might not go down well, I’ll stick with it for the time being. Someone sees a raccoon or a skunk,  the truck veers over the road and races towards it, the shout Kill It! Kill It! goes up. We just miss that one. A bit later we see another and now we are on a hunt. Do I join in and shout Kill It, no, just stay cool. The hunt escalates, we start zig-zagging down the road, running right down the edge of it, trying to track our prey. A shout goes up, we missed one, the truck does a 180º turn, luckily the road is quiet, no cars or raccoons in sight. Chances, chances of death.

Then another really deadly moment, I am getting used to them after yesterday. We zoom over a humpback bridge, bouncing over the top, there is another shout, another sighting, and suddenly we are reversing back towards the bridge. We cannot see if there are any cars coming, never mind raccoons, we are going backwards over a blind bridge at twenty miles per hour and it is utter madness. I can already see a large car approaching in my mind, luckily it is not there. I am shouting now, in both horror and excitement, we are all shouting, but there is no raccoon. Ok, ok, the fever subsides. Some miles further on we do find a raccoon, it is dead at the side the road. The truck slews to a halt and our crazed driver leaps out. He proceeds to cut off the dead raccoon’s tail. Back in the truck there is a feeling of victory, honour has been satisfied and we have the spoils to prove it, the raccoon’s tail. 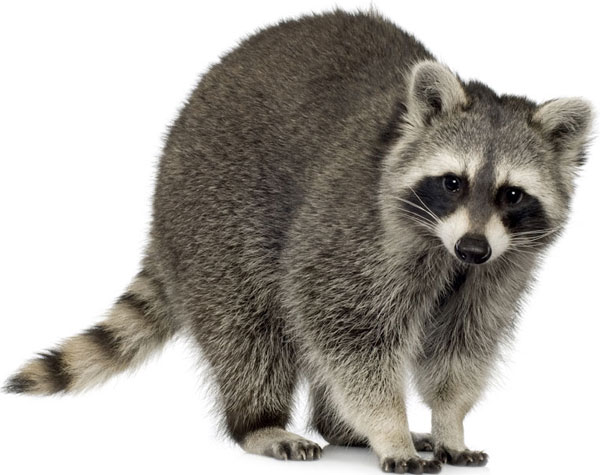 Finally I arrive in Ottawa. The jailbirds go searching for beer and I escape them. I am in Ottawa to visit some friends I had met the previous Easter in Morocco, and I turn up at the address they gave me. It is an art gallery which is about to close and my friends are not there.

“Oh dear, no they didn’t know I was coming, no phone number, only got this address, I’ve been hitching cross country, came from the UK, met them in Morocco, I’ve got nowhere to stay”. My sob story works. Someone I’d never met, but vaguely knew the people I was talking about, takes pity on me and puts me up for the night. Thank You Godfrey.

Previous Day - Trans-Canada : Killer on the Road
Next Day - Ottawa : The Laff